Actor-singer-songwriter, Rob Mayes is set to release his new track, “We’ll See” on Sept. 6. A first-listen is now available on The Boot (see here). “We’ll See” was inspired by a Chinese fable that resonated with Mayes. Mayes sings, “Sometimes good and bad luck look a lot like each other.” The lyrics are reassurance that negative experiences may actually be positive experiences in the long run and that many lessons and hardships are a blessing in disguise. Mayes explains, “This song is about hope and faith and I think that there must have been some sort of spirit running through me, through the three of us, that allowed us to simply bring the song to life.” 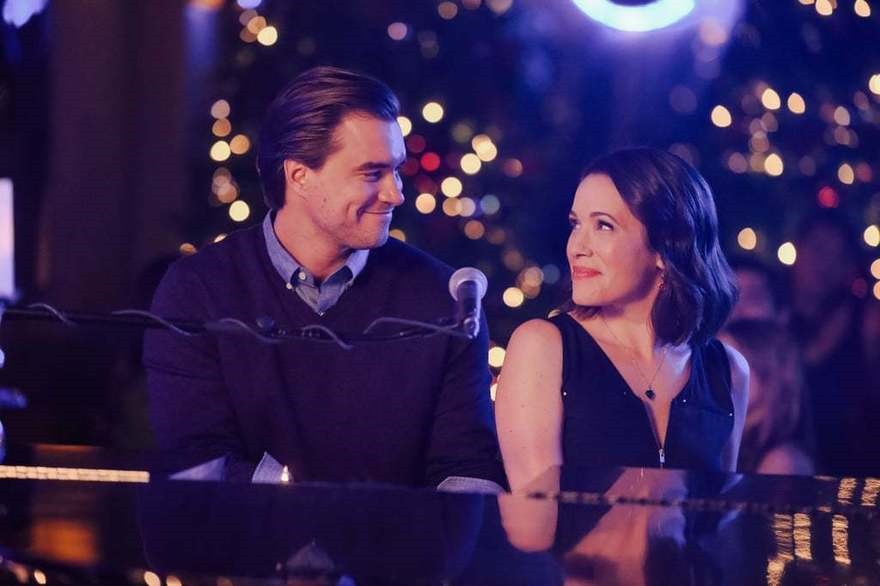 Co-written by Mayes along with Smith Curry and Lauren Weintraub, the track was produced by Smith Curry, who is also featured playing dobro. The track was mixed and vocal produced by Mark Lonsway, and was mastered by Grammy-nominated producer Andrew Mendelson. Mayes recorded his most recent release at Benchmark Sound and Warner Chappell Production in Nashville.

The breakthrough artist has also announced his debut album, Closer which is expected on Sept. 20. “We’ll See” is the last track on the album, ending Closer with a rawness that all listeners will be able to connect with. Mayes vulnerability and authenticity shine through as he sings, “Lord help me trust the powers that be, we’ll see.” Closer is a dynamic album featuring upbeat catchy tracks such as “Kiss The Night” and classic-Country sounds on “Road With No Lines.”

In addition to Mayes’ new music, fans can also expect to see him this holiday season in the new Lifetime film, “The Road Home For Christmas,” set to premiere Oct. 26 at 8 pm ET on Lifetime. The film is part of the “It’s a Wonderful Lifetime” holiday campaign which will run from Oct. 25 to Dec. 25. Throughout this time, Lifetime is set to premiere 28 original films to celebrate the season.

About Rob Mayes: Mayes has released several singles over the course of 2019 including “Road With No Lines” which has garnered over 125K streams on Spotify, a bluesy track titled, “My Heart is Bleeding,” “Kiss The Night,” along with his debut single, “Closer.” Mayes has loved seeing the response to his recent releases, some of which have been featured on the Spotify editorial playlist, “New Music Nashville” and Spotify’s “Breakout Country Playlist.” The focal track off the forthcoming album,“Closer,” has received airplay from Country radio stations across the US and the music video was recently featured as part of CMT’s “Next Up Now” series. Mayes looks forward to continuing to release more of his music and has plans to release a debut album on September 20, 2019. The new artist is no stranger to the world of entertainment with careers in both music and acting. As an actor, Mayes was a series regular on ABC’s “Mistresses” and starred in the cult classic “John Dies at the End” with Paul Giamatti, which premiered at Sundance Film Festival. His other credits include Lifetime’s “The Client List” with Jennifer Love Hewitt and CW’s “Frequency” and “90210.” Other film credits include “Deep Blue Sea 2,” “Ice Castles,” “Burning Blue,” “The American Mall” opposite Nina Dobrev, “Melvin Smarty,” “Dangerous Matrimony,” “My Christmas Inn” opposite Tia Mowry, “Love for Christmas,” “Maybe I’m Fine,” “The House On The Hill” with Samaire Armstrong and FOX’s “Proven Innocent.” Most recently, Mayes wrapped a Western film titled, “A Soldier’s Heart” where he stars alongside Val Kilmer, AnnaLynne McCord and Jake Busey. The film is set for release later this year.