New Music Weekly brings music to your door. Like what you hear on our Future Hits CD Compilations? Subscribe and get serviced music from record labels and artists worldwide. We will connect you to a variety of genres including Top40/CHR, AC, Hot AC, Country and College. Every issue includes insight reviews, feature articles, exclusive photos, editorials, industry news and much more.

New Music Weekly prides itself in providing the industry with the most accurate and current data each and every week. We have dedicated entire sections of each weekly magazine towards the progression of Top40/Pop music. Features include editorials, highlights of top singles impacting radio, new music spotlights.

Our AC format consist of the most “cutting edge” radio stations within the United States. Those selected to be reporters are stations which survive by “breaking” music by both Major and Independent artists. . .a foundation which the format has been built on.

Always two steps ahead, New Music Weekly has been known for creating trends. Such is the case by partnering with music industry leaders in providing digital music delivery, radio airplay tracking within a vast panel of formats including College, AAA, Loud Rock, RPM, Hip Hop, Jazz and Americana, in additional to mainstream formats such as CHR, AC, and Country. Formats stand on their own foundation; industry executives have quickly realized that there is much common ground within radio playing all genres. 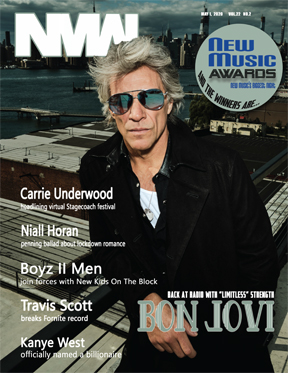