Gabby Barrett was born March 5, 2000 and is an accomplished and successful country recording artist. She finished third on the sixteenth season of American Idol. Her debut single “I Hope” was the first top 10 Hot Country Songs debut by an unaccompanied woman since October 2017. It has since become a top three hit on the Billboard Hot 100 and has been certified 5× Platinum by the RIAA. Her debut album Goldmine was released on in June 2020. Country Now called Barrett “country music’s next female superstar”. In 2019, Barrett independently released “I Hope”, which was co-written by Jon Nite and Zachary Kale and co-produced by Zachary Kale and Ross Copperman. She performed the song in an appearance on the seventeenth season of American Idol in May 2019. The song attracted the attention of music labels, and Barrett announced on stage after the performance she had signed with Warner Music Nashville. “I Hope” was then officially released as a single by the label on June 27, 2019. The single topped the Country Streaming Songs chart as well as the Country Airplay chart in April 2020, followed by the Hot Country Songs chart. On April 7, 2020, a version featuring Charlie Puth was released. In 2019, Barrett opened for Toby Keith in Ohio, as well as Keith Urban. On November 21, 2020, the single hit number three on the Billboard Hot 100, making her the first female country artist to do so since Taylor Swift. Puth has also been credited for the song on the Hot100, which makes it his fourth top-ten single. As of January 2021, the single has been number one for 25 weeks on the Hot Country Songs chart. Her debut album Goldmine was released on June 19, 2020. The album earned 15.98 million on-demand streams in its opening week, breaking the record for the largest streaming week ever for a debut country album by a woman. In 2021, Barrett will open up for Thomas Rhett on his Center Point Road Tour, and for the Zac Brown Band at Summerfest as part of their The Comeback Tour.

Become an Expert on the Best Country Music 2021

Lee Brice has really turned the corner and is on the upswing over this past year. His “Memory I Don’t Mess With” changed a lot for him and put him in a better position as a major Country artist. Now he’s taking the single “Soul” (Curb) out for a spin and this one is another […]

END_OF_DOCUMENT_TOKEN_TO_BE_REPLACED

What Everybody Needs to Know about the Best Music of 2021

Oliver Tree is making friends all over the AC40 format. “Life Goes On” (Atlantic) is the little jam that is helping to make magic for Oliver Tree as the track moves past many in a very crowded field. So far, it’s looking quite well for this masterful gem. Those ever-loving Glass Animals are making big […]

END_OF_DOCUMENT_TOKEN_TO_BE_REPLACED

Adele is back and in a very big way. Not only did she take her single “Easy On Me” (Columbia) to #1 in record time, she also is taking her follow-up in “Oh My God” (Columbia) along the same path. It’s great to have her back and she is taking full advantage of this huge […]

END_OF_DOCUMENT_TOKEN_TO_BE_REPLACED 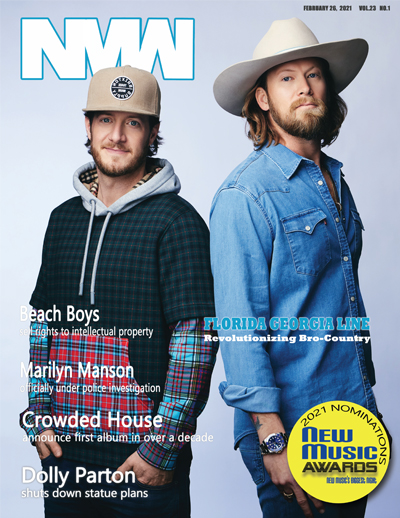