Kelsea Ballerini: On The Way To The Top 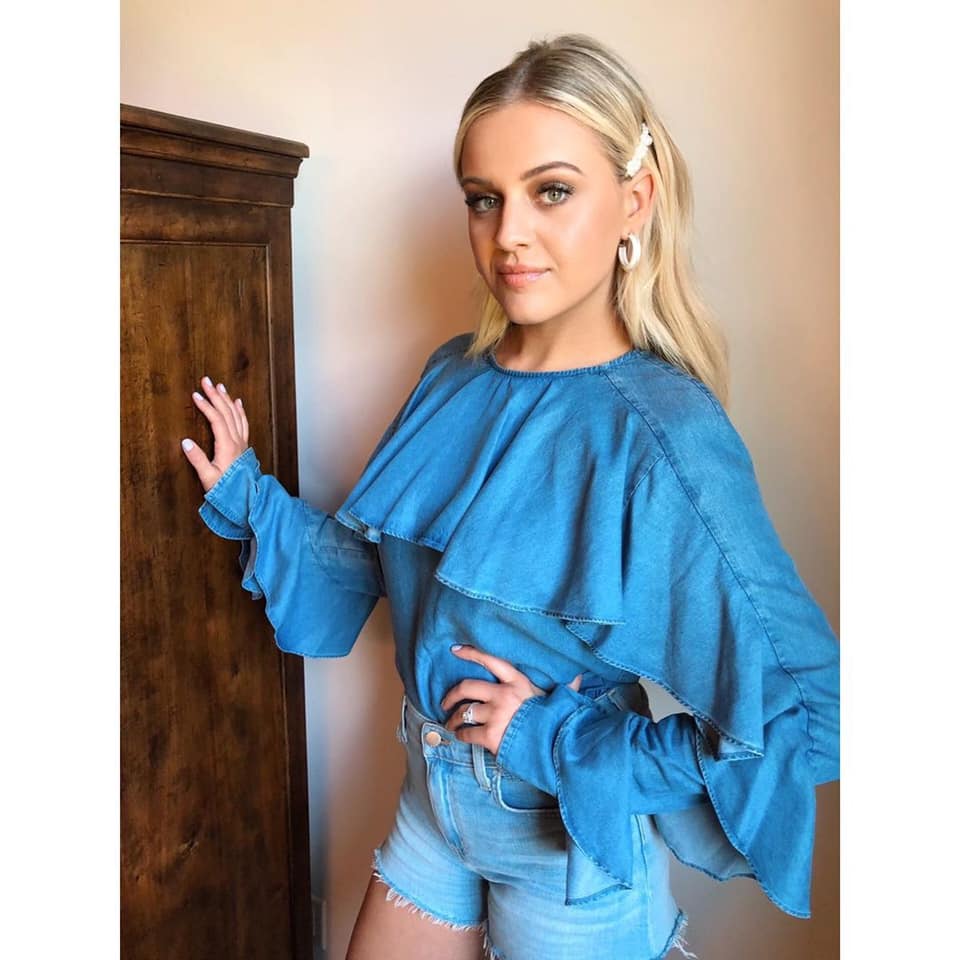 Kelsea Ballerini grew up in Knoxville, Tennessee. Her father, Ed, a former sales manager for a country radio station, is of part Italian descent. At 19, she signed a deal with Black River Entertainment. In late 2014, she released her debut single “Love Me Like You Mean It”, which debuted on the Country Airplay chart in October 2014. She released a self-titled extended play for the label in November and was soon named one of CMT’s Next Women of Country in 2014. Kelsea performed for the first time at the Grand Ole Opry on February 14, 2015, and sang “Love Me Like You Mean It”. On May 19, 2015, Ballerini’s debut album The First Time was released through Black River. For the chart dated July 4, 2015, “Love Me Like You Mean It” , the album’s first single, reached number one on the Billboard Country Airplay chart, making Ballerini the first solo female country music artist to score a number one hit with her debut single since Carrie Underwood did so with “Jesus, Take the Wheel” in 2006, and only the eleventh in history to achieve the feat. Ballerini also became only the fifth solo female country music artist to score back-to-back number one hits with her first two singles when “Dibs”, the second single from the album, reached the top of the Country Airplay chart. She became the first to do it since Jamie O’Neal in 2001. The album’s third single, “Peter Pan”, was released to country radio on March 21, 2016. “Peter Pan” reached number one on both the Country Airplay and Hot Country Songs charts in September, making Ballerini the first solo female country music artist to top botha country music charts simultaneously. This achievement also made her the first solo female to send her first three singles to number one since Wynonna Judd accomplished the same feat in 1992.[12] The album’s fourth single, “Yeah Boy”, was released to country radio on October 10, 2016. 2017–present: Unapologetically and coaching The Voice. In early 2017, Ballerini was named to Forbes’ 30 Under 30 – Music list at number two. In 2017, Ballerini received two Academy of Country Music Award nominations for Female Vocalist of the Year and Video of the Year for “Peter Pan. We will continue to follow this amazing artist here at New Music Weekly. Welcome to our CRS and NMA Nomination issue.