Get it HERE via Wondaland Records/Epic Records.

In anticipation of the record, he teased out a string of critically acclaimed tracks, including “Sufi Woman,”“Tribe,” “Sou Sou,” and “Zodi” [feat. Mr. Eazi]. Thus far, songs from 85 To Africa have racked up over 2.6 million total streams and counting in just a few weeks’ time.

In addition, he just dropped the music video for the new single “Worth The Weight.” The psychedelic and cinematic visual once again reflects his undeniable unpredictability. 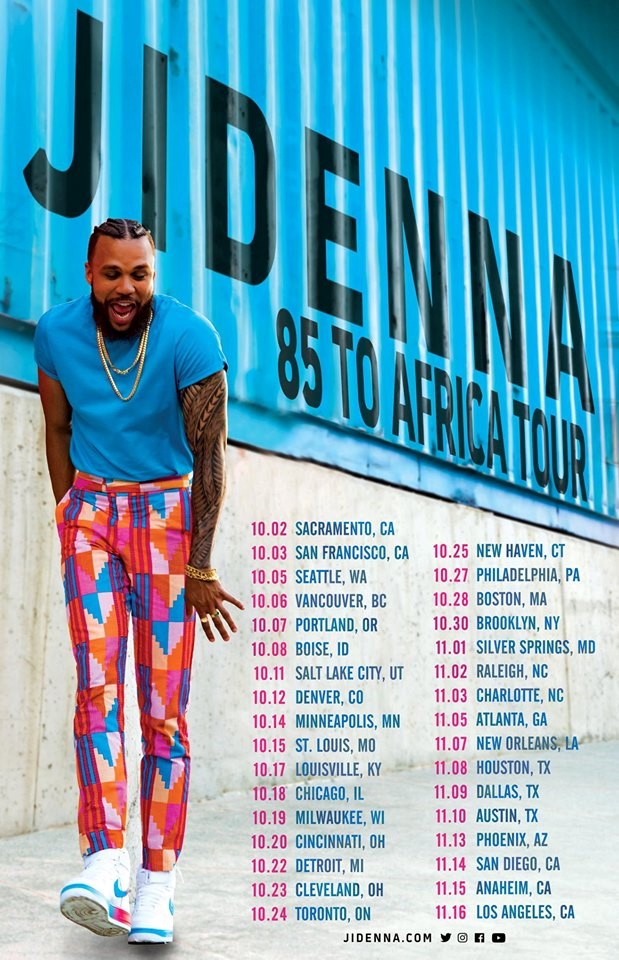 The project marks the culmination of an unbelievable journey for Jidenna. Following the runaway success of his 2017 debut, The Chief, he was evicted from a rental home after the owner foreclosed without notifying him. He was scheduled to immediately begin a tour that began on the I-85 in Atlanta and ended in Johannesburg. Without a home to return to, he wound up living in cities across Africa and created this masterful soundtrack for a road trip across the Atlantic Ocean. This life-changing shift laid the groundwork for 85 TO AFRICA and what promises to be one of the most dynamic, diverse, and definitive projects of 2019.

As a prelude to this journey, also shared an album trailer. In the visual, Jidenna chronicles the events leading up to his move in honest detail before giving a snapshot of what to expect on the album and this incredible journey.

Take a ride on 85 TO AFRICA with Jidenna, and you may never be the same…

Hip-hop needed a global voice, but it got a global leader in Jidenna. He rose to the forefront of the conversation with the double-platinum smash “Classic Man” [feat. Roman GianArthur], which garnered a GRAMMY® Award nomination for “Best Rap/Sung Collaboration.” Kendrick Lamar hopped on the remix, and a chopped-and-screwed version appeared in the Academy® Award-winning Moonlight. Meanwhile, his debut The Chief received widespread acclaim from The New York Times, XXL, The Guardian, and more. Extending his influence, he graced the screen everywhere from NETFLIX’s Luke Cage and The Daily Show with Trevor Noah to Insecure.

This fall, he brings the new album to life on the 85 To Africa tour across North America. It kicks off October 2 in Sacramento, CA, plays major markets coast to coast, and closes out on November 16 in Los Angeles, CA. Check out the full itinerary below.

Buckle up for 85 To Africa!