Country mother-daughter duo The Belles have released their sophomore EP NOBODY KNOWS ME BETTER, available today across all digital platforms. NOBODY KNOWS ME BETTER was produced by Grammy-nominated Dave Brainard (Brandy Clark, Jerrod Neimann) and Mickey Jack Cones (Jason Aldean, Thomas Rhett). The project was inspired by Kelli and Jaymie’s close-knit mother/daughter relationship, and showcases their “unique harmony blend” (Taste of Country). 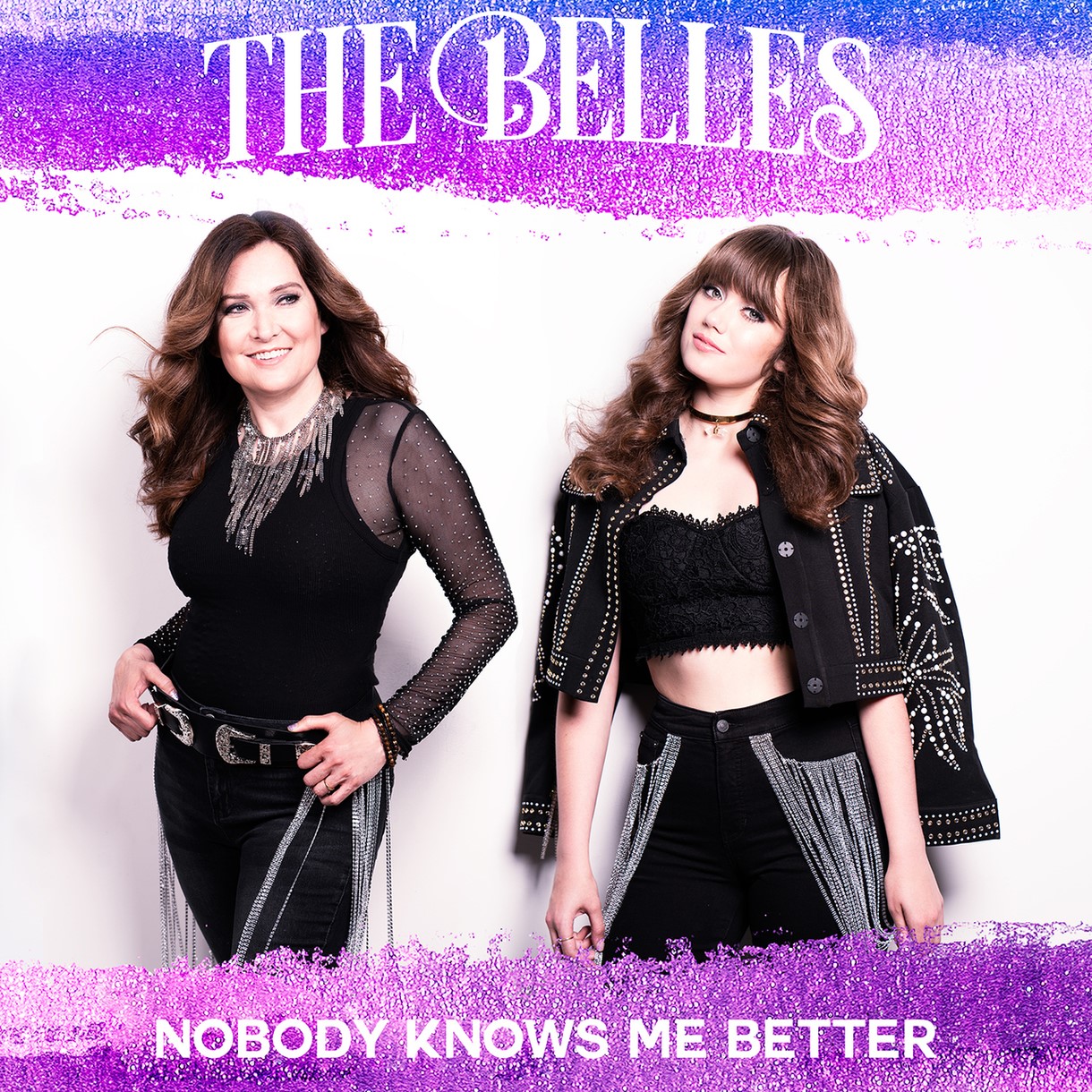 Listen to NOBODY KNOWS ME BETTER here.

“We started writing for this EP project after we got the opening slot on the JoJo Siwa tour, knowing we’d be singing these songs to a lot of young girls and their moms,” shares Kelli. “With that audience in mind, it really shaped what we wanted to say. So we think it has an underlying theme of things that mothers and daughters share, lessons learned and handed down from generation to generation, love and togetherness, confidence and strength.”

NOBODY KNOWS ME BETTER EP Tracklist
1. Beautiful Girl
2. Nobody Knows Me Better
3. Fire
4. Didn’t Break Mine
5. My Mother’s Daughter

The 5 track EP, kicks off with lead single “Beautiful Girl,” “a feel-good, confidence-inducing bop” (TigerBeat). The accompanying music video premiered last month with Hollywood Life, who said the song showcased “lyrics reminiscent of the uplifting power of Maren Morris‘ “GIRL,’ as well as an almost-exact conversation most women have had with their own mothers.” Next, the EP goes into the title track “Nobody Knows Me Better,” an undeniably hooky tune celebrating the unconditional support from those who know you best, whether parent, romantic interest, or best friend – in this case, between Kelli and Jaymie. Sparked by an edgy beat and soaring vocals, “Fire,” recalls the cautionary tale our parents told us, “not to play with fire,” which is given new meaning in various phases of growing up. “Didn’t Break Mine,” a playful post breakup anthem, is motivated by our journey toward self-healing and independence. Concluding the set is the heartfelt “My Mother’s Daughter,” an ode to the special bond between a mother and daughter that Kelli wrote for her mother as a Mother’s Day surprise. NOBODY KNOWS ME BETTER is a poignant collection of songs highlighting life’s lessons as taught by your family, and sung through the wholesome connection only a mother and daughter duo from Omaha, Nebraska can authentically deliver.

After an impressive 82-show run on the North American leg of Nickelodeon’s JoJo Siwa D.R.E.A.M. The Tour presented by Party City and produced by AEG Presents, The Belles will continue on the UK leg, kicking off on October 30 in Glasgow. The tour, which has twice been extended, has already been named one of StubHub’s Top U.S. Summer Tours alongside The Rolling Stones, Queen, Ariana Grande and more.

ABOUT THE BELLES:
Born in Nebraska and raised in Country, Kelli and her mother, Jaymie are having the time of their lives as the duo The Belles, making history as the first mother-daughter duo to rise to stardom since The Judds. Having already charmed audiences across the nation opening for the likes of Dan + Shay, Brett Eldredge, Old Dominion and more, 16-year-old superstar JoJo Siwa afforded them the opportunity of a lifetime to join her out on the road for all North American and UK dates of the tour. When it comes to lead vocals, Jaymie lets Kelli take the spotlight. She says, “I like to think of myself as the setting and Kelli as the diamond.” Kelli, a recent graduate of the University of Nebraska, has relocated to Nashville to continue her reign as a fixture in the Nashville songwriting community while her supportive mother stays behind in Omaha. The Belles released their debut-self titled EP in 2018, enlisting award-winning producer Mickey Jack Cones (Thomas Rhett, Runaway June, Lionel Richie) for his expertise on the project.

For the complete list of tour dates, visit https://www.JoJodreamtour.com/index-2.php.

Stream The Belles on Spotify, Apple Music and YouTube Music.