The Long and The Short Of It Debut Music Video

The Long and Short Of It, a Melbourne duo that blends contemporary and traditional country music, releases a new music video for their single “That’s Why I’m Here.” Among the members of the duo are David Baird and Patsy Toop OAM who have a long history of collaborating on modern and traditional country music sounds and styles. In keeping with their commitment to creating songs that are indulged in rich storytelling, the “That’s Why I’m Here” music video is from the perspective of a father raising his son and the powerful relationship they carry throughout life.

The band’s new single “That’s Why I’m Here” comes off their #1 chart-topping ARIA, self-penned album Midnight Choir, which charted tremendously well within the Australian and country music markets. The album was produced by Emmy Award-winning Music Producer, Kenny Royster, who is notable for producing Luke Combs’ number one hit, “Hurricane,” and working with Michael Ray and Trace Adkins. The duo’s unique way of blending the past and present into a concise, timeless piece of music is what sets them apart.

The music video perfectly captures the evolution we all face in life and how the next generation is given what the last cherished. In a story of great emotion and everlasting love, viewers are taken to the most-pure visions of admiration, and reminded of what love truly means. The message behind the song and music video is sincere, heartfelt, and real, giving viewers a story to feel.

As we get older, our perspective changes, and this narrative from a father to a son is written in a way that listeners can relate to.

‘”That’s Why I’m Here” is a song that was inspired by our co-writer, Kenny Royster. A story told about a father raising his child and the close bond that develops. The son becomes the carer for his father, looking after him until he passes. The son then takes solace in his faith.” – The Long and Short Of It.

The “That’s Why I’m Here” song hits home for many as it tells a visually compelling story that truly showcases the best that this award-winning duo has to offer. The family dynamic shown in the music video is reflective of one known globally, reaching a worldwide audience and gripping viewers from every demographic. The Melbourne-based duo struck a chord, typing in elements of love, growth, heartbreak, and genuine appreciation for those who paved the way. Between the grand piano, smooth vocals, and a gorgeous resolution for the song to end on, this is definitely a track worth highlighting in the catalog of The Long and Short Of It.

To schedule an interview or for more information, contact Dead Horse Branding at the following:

About The Long and Short Of It

Self-described as their “best work to date,” Midnight Choir is the new album from the award-winning Melbourne country duo, The Long and Short Of It, which blends traditional and contemporary country. The album debuted at #1 on the ARIA Country Music Albums Chart.

Leading its charge is the single ‘Cowboy Lonesome,’ that paints the picture of a lonely cowboy missing his partner in the wilderness and how that rural and outback isolation presents a whole new level of loneliness.

The single is the debut collaboration between the pair and Nashville-based producer, Kenny Royster, whom the pair met during a trip to Nashville in 2013, and is credited for his work with US country superstar Luke Combs. The single “Midnight Choir” has also been released with abundant success. Check out The Long and Short Of It duo on YouTube!

The Long and Short Of It are David Baird and Patsy Toop OAM, who first met in 2007 and already have an impressive resume to boot that includes six album releases, two EPs, and have earnt themselves a slew of awards including a Tamworth Songwriters Award (2011), a Tasmanian Independent Country Music Award for Most Popular Duo (2016), three-time winner of an Indie Country Music Australia (ICMA) Award for Most Popular Independent Country Duo (2017, 2019 & 2021), a Southern Star Awards Award for Best Duo or Band (2016) and a two-time winner of a Gold Media Medallion Award for Best Duo Nationally (2015 & 2018) – to name a few. 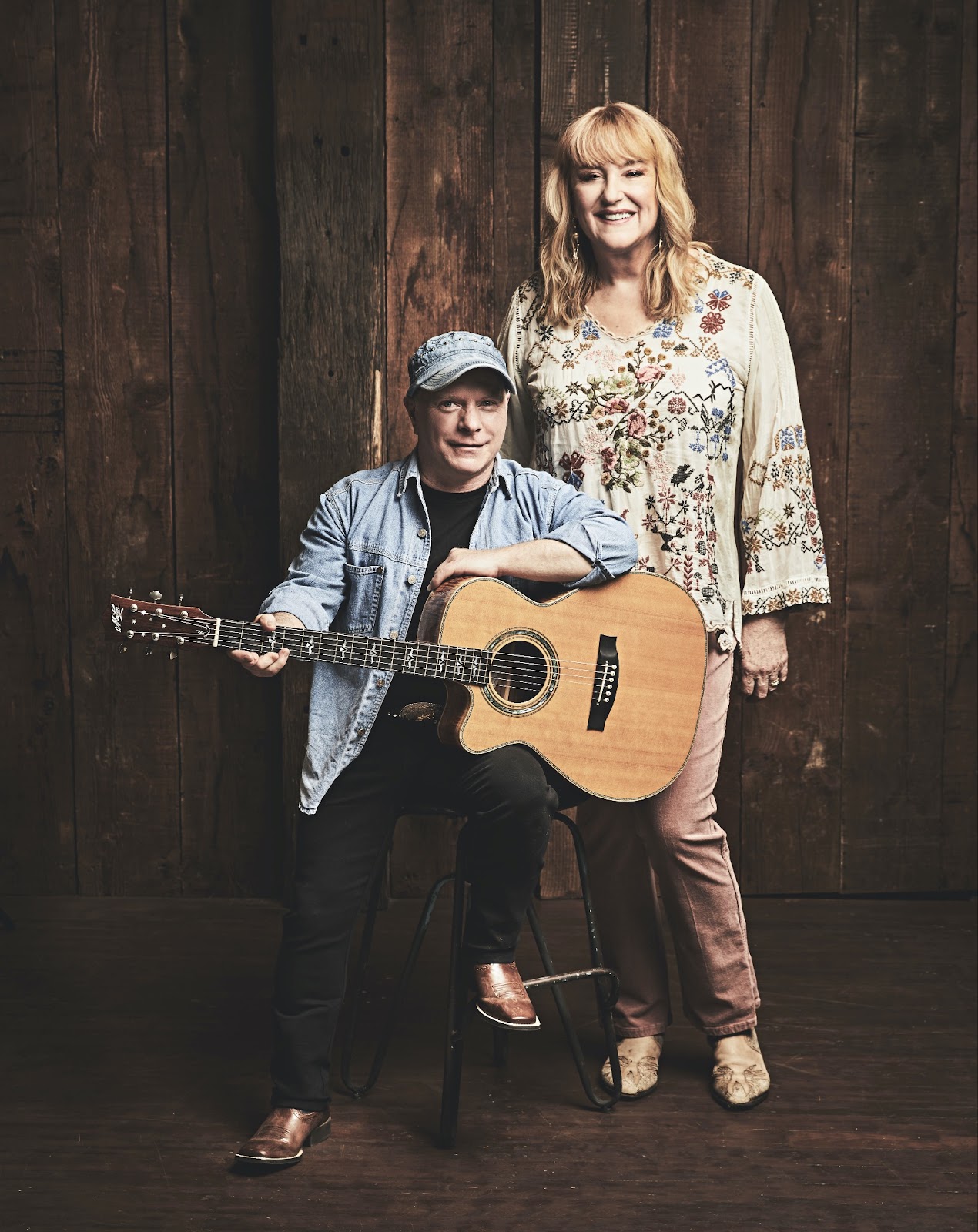 The pair’s sumptuous harmonies have been described as “honey-coated chocolate.” David and Patsy continue to uphold their commitment to penning songs that are relatable, inspirational and are storytelling. Since their first release in 2009, the pair have continued to grow musically with every release. 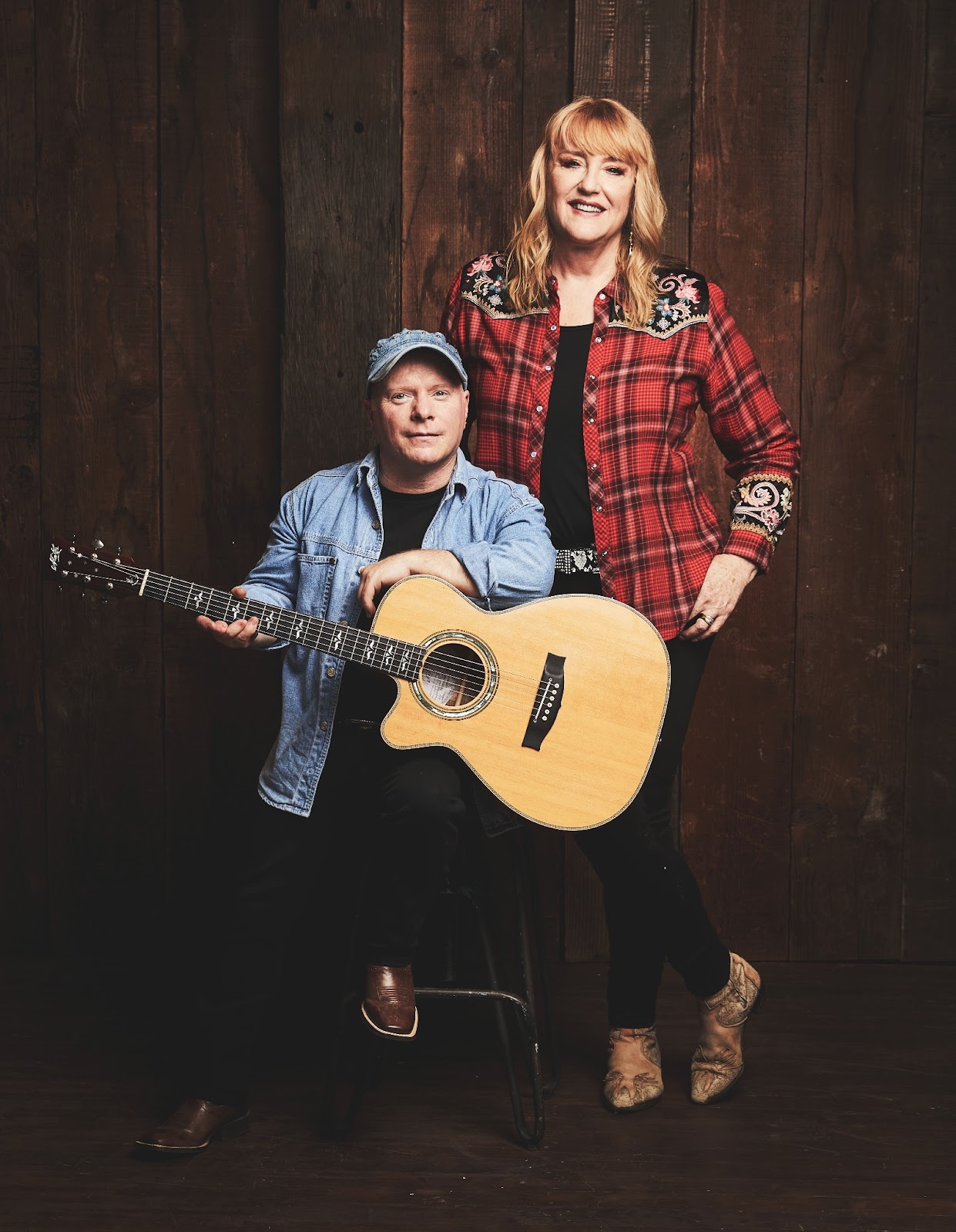 The duo’s 2013 release of ‘You Made Me Stronger’ earned them a Songwriter, Composers and Lyricists Association (SCALA) Festival Of Original Music (FOOM) Award, describing their title track as a “Brilliant Masterpiece” with four of the album’s tracks peaking at number one on Australia’s leading national country music airplay chart. The pair’s 2016 album ‘The Night Of Our Life’ jumped into ARIA Hot Hits chart at number 3 and remained in the charts for over 20 weeks, whilst also producing four number one independent radio airplay hits.  Their ‘Limited Edition Requested Favourites’ album debuted at Number 5 on the ARIA Country Albums Chart.

The album is an eclectic mix of traditional and contemporary country music. From ballads to beer-drinking songs- all are heartfelt renditions to inspire happy thoughts and good times.

On the live circuit, their captivating and engaging live shows have earned the adoration of fans and critics alike and have frequented country music festivals in Tamworth, Mildura, Canberra, Mt Gambier, Ballina, amongst others over the past decade.

Dead Horse Branding is an award-winning PR and Marketing firm in Nashville, Tennessee. At Dead Horse Branding, we create, design, and refine the many elements of brands, bringing together each moving piece to ensure the brand will strike the right chord every time. Branding is an identity developed via our DH7 formula; strategic planning, logo / image design, photography / visual assets, website, marketing / social media, publicity, and licensing. We build an image and promote the brand all under one roof. Our branding abilities help us to work across a multi-range of industries including fashion, music, entertainment, culinary, interior design, business, franchises, construction and many more. Baha Men (Who Let The Dogs Out), LOVING MARY (Steven Tyler’s solo Band), Mushroom Records, Universal Music Group, Sony Music, HENDRIX Music Academy, TEDx, NAMM, Songwriting University, Bo Diddley Estate, Country Music Producer Tony Brown, Music Expo, The Today Show, HGTV, Interior Designer Kathy Anderson, Gigi Butler of Gigi’s Cupcakes, Lionesgate, and The Hallmark Channel are some of the brands we have had the pleasure of working with. We work with clients internationally, with headquarters in both Nashville, TN, and Australia.

“There’s an ample blues sound present in the duo’s music, but David Baird and Patsy Toop’s long collaboration under this moniker joins the growing ranks of successful acts from far-flung locations who’ve adopted the “Nashville” sound every bit as convincing as their American counterparts.” — Michael Stover, Music Existence

Daryl Mosley Gets Into The Holiday Spirit With New Holiday Single, “An Old Fashioned Christmas”