While Mike Thomas might’ve taken a short hiatus from music, he’s back and he’s bringing the glory days of country music back with him starting with the release of his new single Sure Feels Right. Thomas’ raw vocals paired perfectly with his sentimental writing style gives the song a nostalgic feel that listeners can’t help but connect with. Sure Feels Right is available on Spotify, Apple Music, and all other digital retailers now. 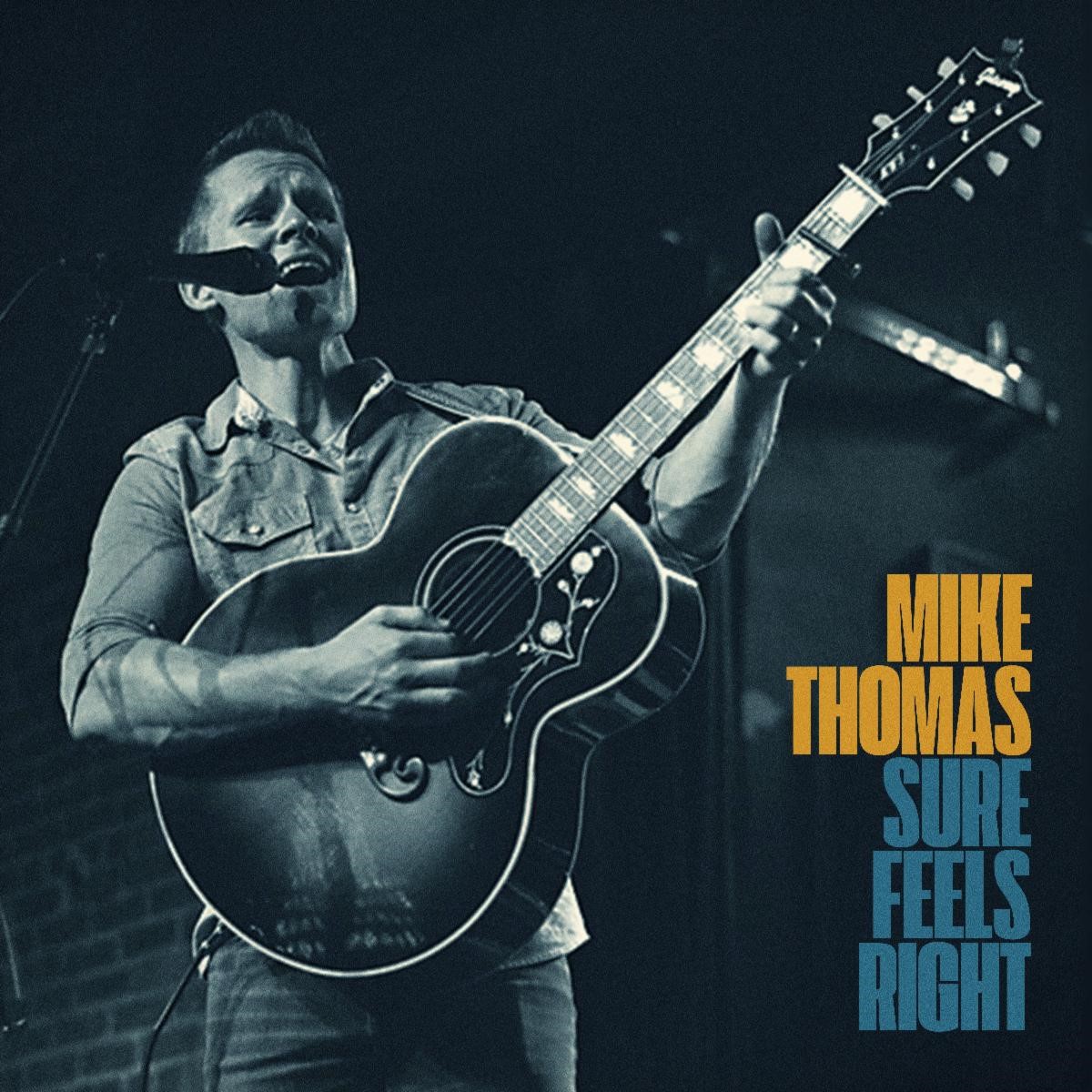 The single, written entirely by Thomas, is meant to remind listeners of the things that matter most to them – a message that we all could use right now. “This one is really just a simple love song for my wife and the small-town community where we have lived for the last decade,” Thomas says of his inspiration for penning the single. “It’s a song about finding joy and gratitude for the simple things in life like family, friends, a day’s work and a sense of community.”

Sure Feels Right is actually the song that got Thomas back into writing again after taking a hiatus from music to settle down and start a family. “Our Friday night custom in those days was to head to the deck after getting the kids tucked in bed, to have a drink or two and do some socializing with friends and neighbors. I’d often grab a guitar and take requests for hours,” Thomas recalls of his lifestyle during hiatus. “I actually wrote this song on the deck one night after everyone had turned in. It had probably been about two years since I had written at all, but this song came quickly to me.” After having his passion for music reignited, Thomas shared Sure Feels Right with some close friends and family and it was an instant hit, ultimately becoming a staple of his live sets upon his return to performing again in 2017.

About Mike Thomas: Growing up in the musical crossroads of East Tennessee, Mike Thomas began pursuing his love of music by performing, and quickly became a staple in the flourishing Knoxville music scene in the late 90’s and early 2000’s. In 2004, Thomas relocated to Nashville with the intent of pursuing a songwriting career, but after quickly realizing that his songwriting style and process were not a fit on Music Row, Thomas took a decade-long hiatus from writing and performing. During this time, he settled down, started a family and pursued a career in another industry, but never truly lost the itch to write and perform. In 2017 Thomas jumped back into music by forming his band, and they quickly began to build a following, making regular appearances at legendary venues such as Kimbro’s Pickin’ Parlor, Douglas Corner Café, B.B. Kings and the Mercy Lounge among others. Drawing from a wide array of influences, Thomas’ music has been best described as “eclectic country with a vintage vibe,” and his raw but tender vocals paired with his careful lyricism are always brutally honest and utterly sincere. Thomas released his first single Lighter Shade of True in March of 2020 and the song has received great feedback from fans on Spotify. While Thomas is thankful for his hiatus from the industry where he was able to grow his family, he’s had plenty of time to craft his sound and is now gearing up for an exciting comeback with his new album, Three Reasons that is set to release this June 2020.