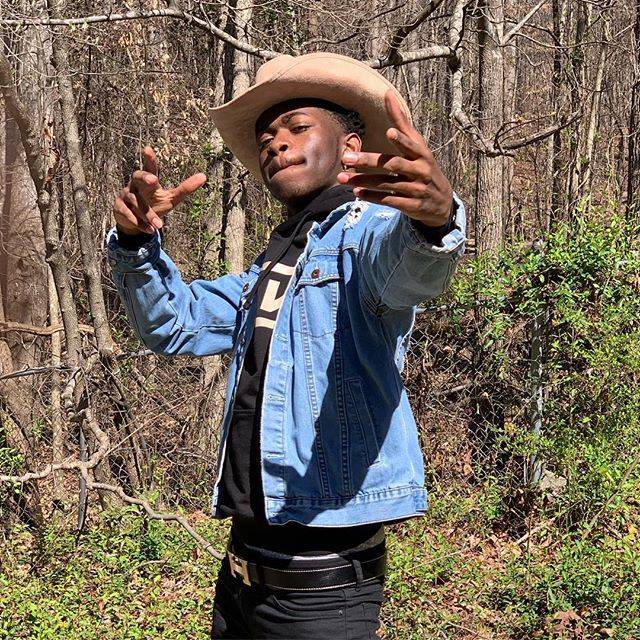 Lil Nas X aka Montero Lamar Hill was born in Lithia Springs, Georgia, a small city outside of Atlanta. His parents divorced when he was six, and he settled in the Bankhead Courts housing project with his mother and grandmother. Three years later, he moved in with his father north of the city in Austell, Georgia. Although initially reluctant to leave, he later regarded it as an important decision: “There’s so much shit going on in Atlanta—if I would have stayed there, I would have fallen in with the wrong crowd. He began playing trumpet in the fourth grade and was first chair by his junior high years, but quit out of fear of looking uncool. Hill attended Lithia Springs High School and graduated in 2017. He studied for one year at the University of West Georgia before dropping out. During this time, he stayed with his sister and supported himself with jobs at Zaxby’s and Six Flags Over Georgia. Nas X said he began to isolate himself from “outside-of-class activities” during his teenage years. He spent large amounts of time online in hopes of building a following as an internet personality to promote his work, but was unsure what to focus on creatively. In a Rolling Stone interview he stated, “I was doing Facebook comedy videos, then I moved over to Instagram, and then I hopped on Twitter … where I really was a master”. Fast forward to the past two years he would find that his “Old Town Road” made a debut at New Music Weekly. The track also debuted on the Country Songs chart. After an “intense bidding war” Nas X signed with Columbia Records in March 2019. Billboard controversially removed the song from the Hot Country songs chart in March 2019 telling Rolling Stone: “When determining genres, a few factors are examined, but first and foremost is a musical composition. While “Old Town Road” incorporates references to country and cowboy imagery, it does not embrace enough elements of today’s country music to chart in its current version. Country music star Billy Ray Cyrus supported “Old Town Road”, and is the featured vocalist in an April 2019 remix, the first of several. Nas X broke Drake’s record for the most U.S. streams in one week with 143 million streams for the week ending April 11.