Rising indie pop artist, Juliette Goglia, has released her third single off her upcoming EP, “Time”. The emotive track tells the tale of the highest highs and the lowest lows that concur with time passing by, desperately seeking for a stable middle ground to meet happiness. 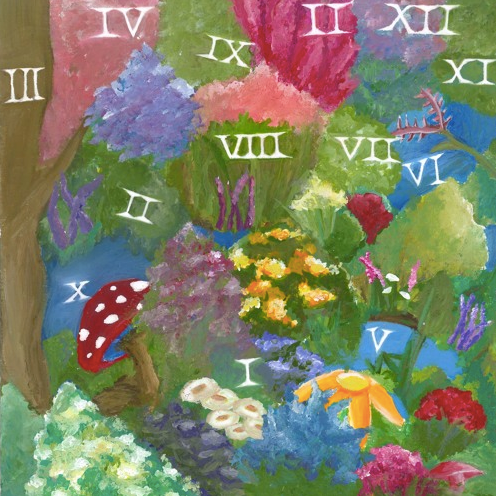 Juliette Goglia continues to reveal a vulnerable side of her musical prowess in her new single, “Time”. The easy going melody, reminiscent of the alternative sound of the 70’s, carries the raw lyrics that can speak to people of all ages. Juliette speaks to the difficult journey of growing older and tribulations that come with it.

“This song is about dealing with depression and anxiety— wishing you could speed up time to get to the “good part” of your life where everything is figured out, while simultaneously not wanting to get any older.”

Juliette Goglia is an artist born and raised in Los Angeles, California. She grew up before our very eyes through her roles in Hannah Montana, Scandal, Easy A, Two and a Half Men, Mike and Molly, and countless other TV shows and films. In 2018, she decided to span across platforms and enter the music industry. Writing honest, raw, and sometimes cynical songs, Juliette’s music drips with all the attitude of the early Katy Perry we all love and miss but with a 2019 alt-indie flare. Juliette writes about the experience of a young person in her early 20s trying to get by day to day and wanting the most out of life.

Juliette is set to release her debut EP, I’m Not Sweet, later this year. The raw EP focuses on growing up but not wanting to grow old, dealing with betrayal, battling depression and anxiety, and drowning in empathy and many other felt but under discussed topics. She is set to tour with Postmodern Jukebox later this fall. Juliette’s rendition of “Teenage Dream” through the group garnered 450K streams on Spotify and 530K views on YouTube.