JJ WILDE WILL EMBARK ON DEBUT HEADLINING TOUR THIS OCTOBER

This October, the “fiercely unapologetic” (Atwood Magazine) JJ Wilde will head out on her debut headlining tour which kicks off on October 12th in Buffalo, NY and stops in New York City, Nashville, Philly, DC, Chicago, and more. 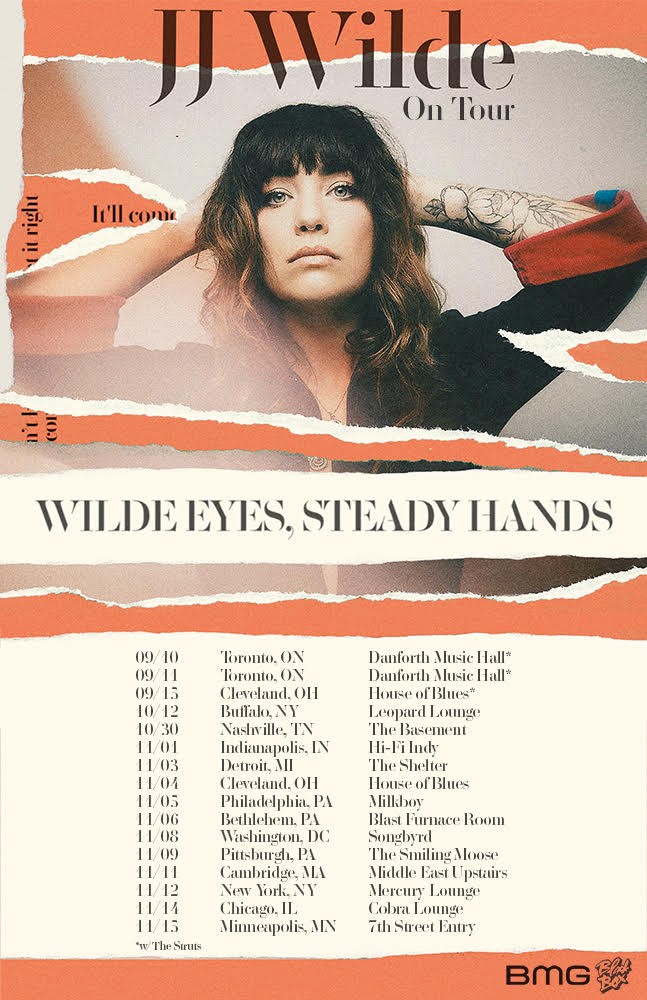 This headlining run of shows follows major momentum for JJ who dropped her debut EP “Wilde Eyes, Steady Heads” (Black Box/BMG) earlier this summer and toured alongside The Glorious Sons, The Struts, and Reignwolf as well a few shows with Incubus. Her live set is a no holds- barred rush of raw emotion and undeniable swagger and Atwood Magazine stated “her electric presence transfers over to dynamic vocals and powerfully expressive guitar work” while Earmilk said “there is an undeniable grit to her voice” and “I understand why she’s often referred to as an alt-rock siren. If this is truly just the beginning, then I don’t want it to ever end.”

Check out on the road footage of JJ Wilde HERE

** in support of The Struts