Creating a non-traditional gospel record, Helsinki-native Ida Elina shares her faith on Capital Letters. With sonic brilliance, Ida Elina dives into the state of the world, her nostalgic ruminations, shares her grief and finds hope amidst it all. Tender relatability shines through in every track as the singer-songwriter and “kantele diva” opens up her world to listeners on this 11-track record. “It has been a dream of mine to, one day, make an album that pulls out all the stops with the Kantele, and here it is,” she says. The album’s title track, which was written just two weeks before the pandemic hit Finland, serves as a reminder to be encouraged even during the darkest of times. “Rough winds may come, the clouds of doubt and ruthless drums, so hear me. This is a story we’ll write in capital letters,” she sings. Setting the tone for the record, Ida Elina vows to live her life with courage and candor, pushing to be unabashedly bold despite everything. With that sentiment in mind, Ida Elina shifts the tone to stark sorrow as she mourns the loss of her sister-in-law’s only child. She explains that, “in my thoughts I was standing at the bank of the river that I cannot yet cross, but knowing that the one I love the most is already on the other side.” In this way, Ida Elina doesn’t shy away from the hard things, but instead attempts to find the thread of hope. Throughout the record, she also shares the heartache of losing a friend on “When I Was Ten,” her fascination with Berlin’s powerful solidarity on “In The Kingdom,” the love she has for her daughter on “Sunshine” and grappling with shame on “Dear God,” amidst other nuanced subjects.

While not only being unafraid to tackle all kinds of topics, Ida Elina also demonstrates her ability to be versatile genre-wise. Stretching her artistry by playing with different tempos, styles and instrumentation, Capital Letters is full of range and steeped in raw emotion. On “Cadence,” the only overture on the album, Ida Elina changes the mood with a Spanish guitar-inspired instrumental which bleeds into the next track. Turning the guitar into a full-fledged song of empowerment, “Pouring Down” stands out as a reminder of choosing faith over fear. “If you don’t sing, the world will miss your voice. If you don’t sing, there’s no one else to fill that void,” she belts passionately. Later in the album, Ida Elina’s vocal chops shine on the doo-wop-esque “Tears Aren’t For You” as she sings “I don’t want to stay awake at night, I don’t wanna hear again those lies. So go, now go. These tears aren’t for you.” Channeling emotion with the grittiness of her voice, the brokenhearted character at hand seems to become stronger with each note. Other tracks include “Viimeinen Ilta,” the only song on the album in Finnish, which details the unimaginable sorrow of losing a child. “It was so quiet inside and outside the house, such a peaceful night it was – the last night for the deceased,” she explains. “I wanted to write a song for him and his mom. To remember him.” With so much heartache during the period of writing Capital Letters, it’s no wonder that “He Is Here,” a powerful indie-pop track about spiritual healing, would become her favorite on the record. Displaying an impressive range of emotion and musicality, Ida Elina’s fifth studio album is a praiseworthy work which candidly paints the picture of the world around her. “This album is the result of 10 years living and working as an artist. The last few years have been spent taking stock of life, and the pandemic certainly threw its own spanner in the works there. Echoed in these songs are life and its ending, parenthood, love, faith and hope – above all, hope. As long as I am able to bring hope into this world my work is not in vain.” 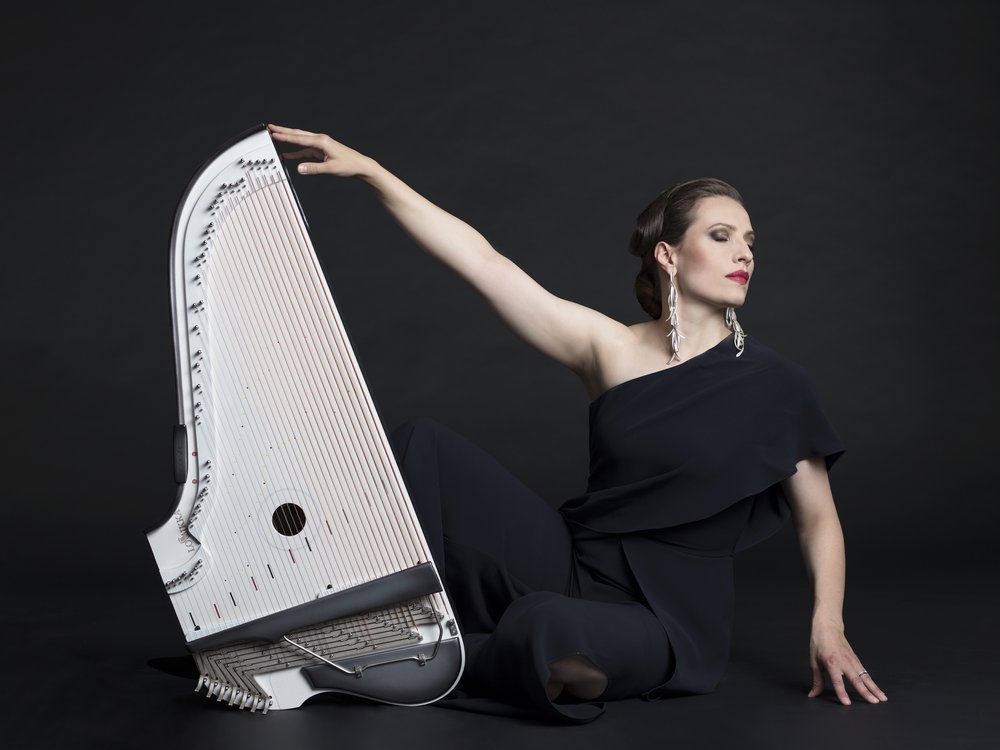 Youtube-phenomenon, singer-songwriter and pop kantele diva, Ida Elina, is an international touring artist, Evento Awards Performer of the Year, Kantele of the Year, and the winner of the 1st International Kantele Competition.

Trained as a classical musician Ida Elina discovered her unique way of playing her instrument by watching YouTube slap-guitar players and “now her popcovers have revolutionized the way we understand kantele music” (Helsingin Sanomat).

As a concert artist, Ida Elina has performed in Beijing, Shanghai and Hong Kong from the Finland 100 years celebrations. She also has toured USA, Germany and Japan, performed at the Chelsea Flower Show in London and at the Nordic Business Forum in Helsinki and performed in Belgium, France and Canada just to name a few. She tours regularly in Scandinavia and the Baltic Countries and is heading to South Korea and Central Europe in the Autumn 2022 and to Japan in Spring 2023.

Over the years, Ida Elina has performed to the Presidents of Finland, the President and First Lady, Sauli Niinistö and Jenni Haukio, the president and nobelist Martti Ahtisaari and the president Tarja Halonen, as well as to the diplomats in several countries. She has performed with the Grammy winner John Lloyd Young, appeared on several Finnish tv-broadcasts and on numerous Finnish journals and magazines.  Ida Elina has published 4 albums, Game of My Life (2018), Hello world (2015), Valoisaa Joulua Bright Christmas (2016) and Songs of Freedom (2012) that include her original songs and remain fan-favourites with several songs from the albums requested at each of her live performances. Her original songs from the album are also regurlarly aired on Finnish radios. Her newest album Capital Letters will be released at the end of August 2022.

Ida Elina has published her self titled biography Ida Elina – Popkanteletar (transl. Pop kantele Diva) in the Spiring 2022 through the publisher Readme.  A resident of Espoo albeit born and raised in Northern Ostrobothia, Oulainen, Ida Elina was educated at Sibelius-Academy and in Japan at the Hokkaido University of Education. She sings in several languages, including Mandarin, Japanese and French. Besides performing Ida Elina also teaches her percussive playing style to the kantele players in Finland and abroad in her master classes. She is a passionate runner and a multiple Oulainen city champion in 800 meters.