Combining an upbeat pop rhythm with shimmering guitar strums, the Elliot Jacobson (VÉRITÉ, Allie X, Elle King) produced track imagines an idealistic world where its inhabitants can reach their highest self and live out their dreams, despite life not being perfect. “Greytopia” is step one in Karolina’s upcoming visual EP project, which will see the Wharton School grad tell a tale of love, loss and healing through four spectacular video experiences. 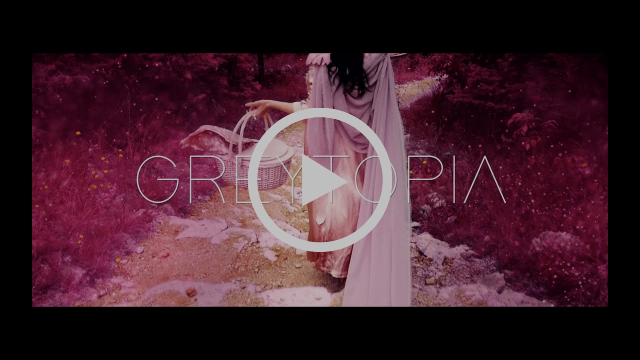 Speaking about “Greytopia”, Karolina explained: “This song refers to taking in all the nuances of life on the spectrum of white to grey to black and accepting it, meanwhile enjoying life in your most productive, idealistic manner. It’s in another world where things aren’t jaded and morals and ethics are high. We have all the amenities of Earth but use them in a positive, productive way. Just do your best with what you have and create your own perfection within something that isn’t. You can lounge; you can work; feel happy; feel sad. It’s all okay. It’s a fairytale land. We’re in another world – another planet.”

“Greytopia” is the AWAL artist’s first release since her debut EP INVICTA. Released in February 2019, Karolina’s EP has since racked up over 100k streams and came after over a year of tough personal sacrifices and decisions, including leaving her Wall Street career behind. INVICTA merges themes of human strength, courage and determination with dark, angsty electronic production helmed entirely by famed producer Andros Rodriguez (Madonna, Shakira, Florence + The Machine).

The new music comes after Karolina made her Polish primetime television debut, was playlisted by over 150 radio stations in the US, inked a licensing deal with MTV, E!, Netflix, A&E, TLC, The Discovery Channel and NASCAR as well as a publishing deal with The 411 Music Group, whose clientele include HBO and Fox.