Pop singer-songwriter Sukhmani reflects on the experience of surrendering to the unknown in her debut single “Divination,” out October 22. Sukhmani delivers a gorgeous introduction to her complex artistic style on “Divination.” This lo-fi track – led by a melancholic drum loop – relishes in a simple, yet deeply emotional production. Steeped in delicate, bright vocal harmonies, Sukhmani mesmerizes listeners with her vocal performance from start to finish on “Divination.” Buttery electric guitar embellishes the serene instrumentation as it weaves in and out throughout the piece. The mysterious essence Sukhmani sought to capture with this track is undeniably expressed through this simple, yet harmonically colorful arrangement. This ethereal artist hopes “‘Divination’ becomes an anthem of self assurance for listeners in the same way it has for [her],” which led her to choose this track as her debut single. Fans can stream “Divination” on all major streaming platforms October 22.

Listen on All Major Platforms 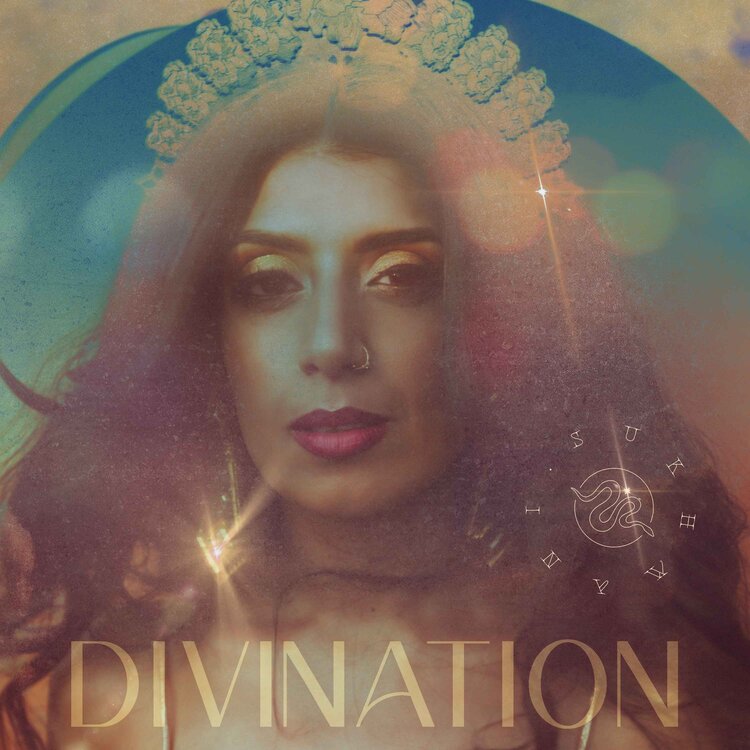 “Divination” highlights the intrinsic courage and capacity to endure hardship that propels us forward in spite of our struggles. While this track showcases a subtle R&B feel, Sukhmani fuses influences from a variety of genres in her unique artistic expression. Sukhmani describes “Divination” as immersing listeners in “mystery and magic, as though suspended weightless among the stars.” Having pulled inspiration from the ‘Strength’ tarot card, the song calls on listeners to recognize the innate inner strength and knowing within all of us. The artist created an environment for fans to “feel the beauty and complexity of our experiences with no attachment to a destination.”

Sukhmani was born with a rhythm that is undeniable. Listeners feel the heartbeat of her music before realizing it is pulsing through their body. As one of the first female tabla players to emerge from the U.K., she has toured and recorded as a percussionist for years, playing on stage at the 2019 Grammy Awards.

Sukhmani was born into a Punjabi immigrant family in the United Kingdom, and grew up in Leeds where she was surrounded by the sounds of her Punjabi Sikh family, the Afro Caribbean community, and the city’s thriving music scene. She now brings her rare understanding of rhythm and percussion to her own music, delivering sultry vocals over deep, driving beats.

Sukhmani has accompanied artists such as Ajeet and Snatam Kaur on tour as a percussionist, where she “brings deep beauty, passion, and artistry to her playing.” In her transition to singing and songwriting, Sukhmani’s music connects with and empowers listeners to be fully and unapologetically themselves.