The wait is over! Latvia recording artist Linards Zarins unleashes his debut single “Good Thing” [Spinnup Records] to all digital retailers today. Get it HERE.

Among a stacked tracklisting on his upcoming album, radio has embarrassed “Good Thing” with huge listener response. “Good Thing”, which debuted Top 5 at iTunes beating out Shawn Mendes and Mable amoung others, is creating big waves at Top40 radio. Driven by a groove, airy production, and his inimitable flow, it quickly churned out million-plus new fans in its first week, in addition to 300,000 + streams on Spotify alone. 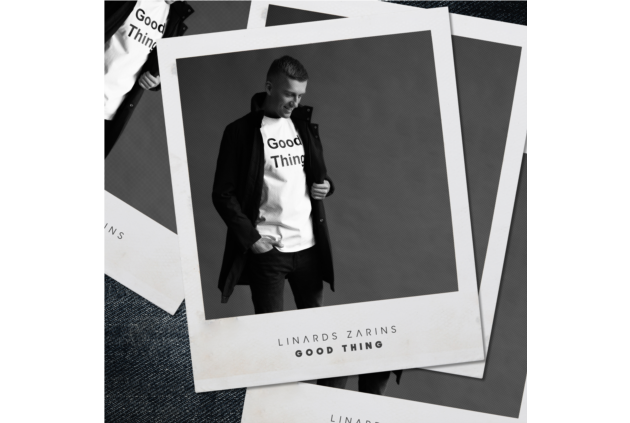 Zarins’ has arrived as one of pop music’s most innovative and infectious voices. Early this year Zarins worked with top Platinum-selling producer and songwriter. who worked with major label artists such as Axel Johansson (disco:wax), TooManyLeftHands (Warner Music Denmark) and Darude (Warner Music Finland), on upcoming releases. This tastemaker favorite has already received praise from a number of media outlets including New Music Weekly magazine and is currently gearing up to release his debut album this summer.

Linards Zarins was born in Latvia, Europe.  Zarins always knew that he wanted to make it big in music The world was first introduced to his singing abilities on his home country’s version of The X Factor, and he would capitalize off that exposure through rapidly growing his Instagram.After the show was over, Zarins experienced tremendous organic growth on Instagram through covers of The Chainsmokers “This Feeling” as well as artists like Ed Sheeran, Ariana Grande, and Justin Bieber. As of April 2019, Zarins had over 515k + followers on the platform as well as over 28k monthly listeners on Spotify.  In May 2019, Linards’ debut single “Good Thing” amassed over 300k streams in less than a week on Spotify and was featured on the coveted Pop Trending playlist alongside Billie Eilish, Khalid, and Diplo. Linards is currently working on releasing more new music and plans to take the world by storm with his sultry mix of Pop and R&B sounds that create an uplifting atmosphere for listeners.