Jimi Hendrix’s immortal 1970 live album, Band of Gypsys, is one of his most influential releases, with the charismatic guitar icon testing the bounds of his creative approach to produce some of the most ambitious music of his career. Capitol/UMe will honor this landmark record on March 27, almost exactly 50 years from its original release, with special 50th anniversary vinyl editions of Band of Gypsys that recapture the album’s boundary-breaking spirit. 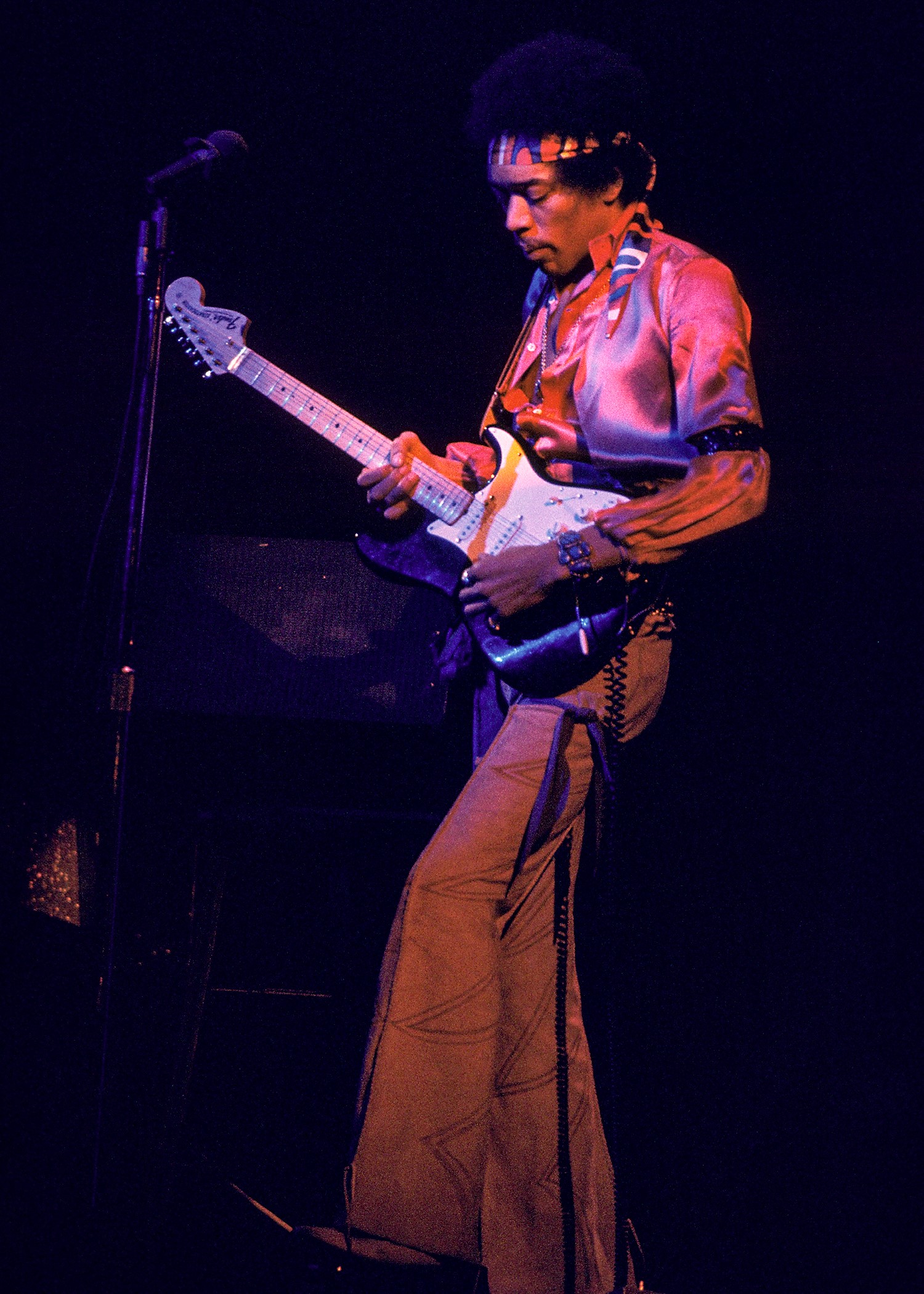 This new, all analog edition of Band Of Gypsys has been mastered from the original analog stereo tapes by longtime Hendrix engineer Eddie Kramer and will be pressed on 180-gram audiophile black vinyl by Quality Record Pressings, along with a limited color pressing on 180-gram translucent cream, red, yellow and green swirl vinyl. The unique color vinyl edition will be available exclusively through AuthenticHendrix.com. All editions of the Band of Gypsys 50th anniversary LP will be packaged with an eight-page booklet filled with rare images from the concerts and an essay by John McDermott. This special edition will feature a 24″ x 36″ replica of Capitol Records’ original promotional Band of Gypsys poster. Pre-order Band Of Gypsys now: https://UMe.lnk.to/BandOfGypsysVinylPR

“This is more than the commemoration of an anniversary,” said Janie Hendrix, President and CEO of Experience Hendrix, “that, of course, is something momentous, but it is also the celebration of a cathartic event in Jimi’s life…a sort of changing of the guards. He demonstrated that there was no limit to his musical landscape. It was broad and beautiful, and like the leader of a true band of gypsies, Jimi could go anywhere on the spectrum of genres and be at home there musically!  This is our way of celebrating that part of Jimi’s journey.”

As the 1960s drew to a close, Hendrix was at the apex of his fame and influence. His first three albums with The Jimi Hendrix Experience—Are You Experienced, Axis: Bold As Love and Electric Ladyland—had established him as both a musical visionary and an international superstar. By the end of the decade, though, Hendrix was looking for new musical challenges and feeling the need to work with new collaborators. Towards that end, he assembled the Band of Gypsys lineup, with bassist Billy Cox, an old friend from Hendrix’s early days playing in R&B combos, and drummer Buddy Miles, already well known for his work with the Electric Flag and the Buddy Miles Express. The resulting album is a revolutionary fusion of blues, funk and  rock that stands as a unique chapter in Hendrix’s seminal body of work.

Beyond Hendrix’s meteoric growth as a musician and composer, the guitarist was hamstrung by a   lawsuit whose roots drew back to 1965 when Hendrix was an unknown sideman and occasional studio musician. Hendrix contributed guitar to a series of recordings for the R&B group Curtis Knight & the Squires. Despite having already signed an exclusive recording contract the previous July with Sue Records, Hendrix inexplicably signed a one-page artist agreement with PPX Industries which bound his services not just for the Knight sessions but for a period of three years. Two 45rpm singles from these studio recordings were licensed by PPX Industries in early 1966 to RSVP Records, a small, New York based independent label. Neither record made any commercial impact and Hendrix and Knight quickly went their separate ways. These recordings and the one-page agreement with PPX [for which Hendrix received one dollar] were still in effect after he achieved international recognition. In direct competition against Hendrix albums such as Are You Experienced, Get That Feeling, a collection of recordings from the sessions Hendrix had recorded with Curtis Knight was released. Following litigation, in 1968 a settlement required Hendrix to deliver an album of original material to Capitol Records for distribution.

Recalls Billy Cox, “There had been a lawsuit against him and the only way out of that was to give them something. Jimi came to me and explained what had happened. Then it was decided to give them an album. I said let’s go for it. At that time Mitch was in England, but Buddy would frequent the studios with us and he decided the same thing; lets help our friend in need. Ultimately we became the Band of Gypsys.” Band of Gypsys was recorded by legendary remote recording engineer Wally Heider during two historic performances at New York’s Fillmore East on New Year’s Day 1970. “Who Knows” and “Machine Gun” were drawn from the 1/1/70 first show while the remaining four songs which make up the album’s second side were recorded during the 1/1/70 last show.

The album encompasses six then-unreleased songs, with the searing original blues “Machine Gun”—an anti-war epic performed by two musicians in Hendrix and Cox who had actually served in the US Army coupled with such powerful numbers as “Message to Love,” “Power of Soul,” each documenting Hendrix’s decisive shift in musical direction, laying the groundwork for many of the funk rock experiments that would follow in the decades to come. In their original 1970 review of the record, Rolling Stone declared, “This album is Hendrix the musician. With just bass and drum support he is able to transfuse and transfix on the strength of his guitar-work alone.” 50 years on, Band of Gypsys continues to inspire and influence generations of musicians while its significance has only grown critically. In their retrospective reviews of the album, Ultimate Classic Rock enthused, “no testimonial can do justice to Hendrix’s revelatory fretwork, especially on ‘Machine Gun,’ which continues to define the sonic possibilities of the electric guitar” while All Music hailed it as “not only an important part of the Hendrix legacy, but one of the greatest live albums ever.”

Originally released in America on March 25, 1970, Band of Gypsys peaked at #5 during a 61-week run on the Billboard album chart. At the time of his death in September 1970, it was Hendrix’s bestselling U.S. album since Are You Experienced. The last album that Hendrix released during his lifetime, Band of Gypsys offers a tantalizing glimpse at what might have been.