Always a storyteller, J.T. Hodges is bringing holiday cheer to millions of Lifetime viewers as the singer/songwriter returns to acting in “Christmas Stars,” a new movie, that also features never before heard Christmas tunes from Hodges, airing December 13 at 8PM ET/PT.

On November 15, Hodges will also release his new EP, All Through the Night: A Christmas Collection, which includes the original title track and Christmas classics with an arrangement that only Hodges can deliver, including standards like “Jingle Bells,” “Silent Night,” and “Deck The Halls,” as well as “God Rest Three Kings,” a melodic holiday tune that weaves in lyrics from “God Rest Ye Merry Gentlemen” and “We Three Kings.” 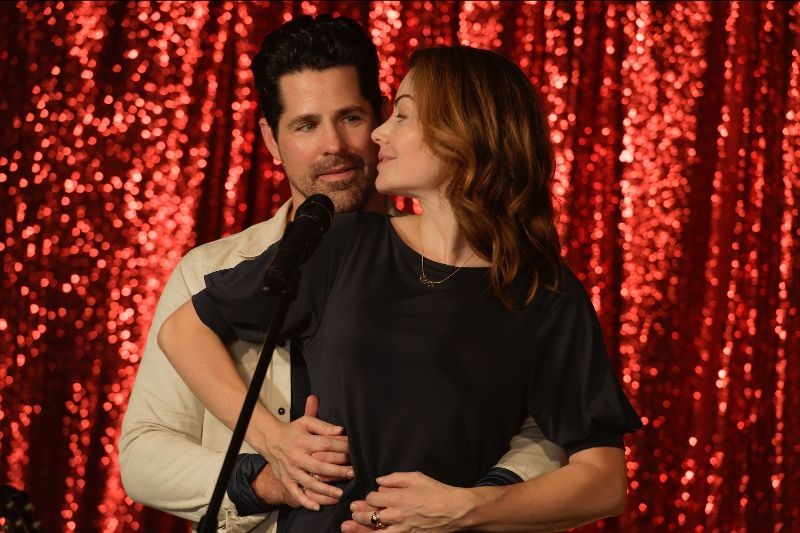 “There’s nothing like giving the gift of sharing music with fans on screen and through this new EP. We had a blast shooting ‘Christmas Stars’ with Lifetime and I’m thrilled viewers across the world will have a chance to hear some of the new music throughout the film. We’re having so much fun with the songs that we wanted to get it out to the fans this Christmas season,” Hodges shared.

Hodges acting chops can be traced to 2013’s “Finding Christmas” on Lifetime, when the New York Times raved the film was “most notable, though, for the presence of J. T. Hodges, normally a country singer but here an actor. Mr. Hodges, a newcomer to the acting thing, is surprisingly good.”

In “Christmas Stars,” aspiring R&B artist Layla (Erica Durance) crosses paths with amateur songwriter Spence (Hodges), and thinks she’s found her shot at finally getting a record deal. But as the holidays approach, the fast-paced, high stakes music business threatens to change their sound and relationship – especially when the label executives begin to see Spence as the real star. “Christmas Stars” is produced by Chesler/Perlmutter Productions.

Hodges, known for his smash hits “Hunt You Down,” “Goodbyes Made You Mine” and “Sleepy Little Town,” which spent two weeks at No. 1 on Sirius/XM’s The Highway, is also in the studio working on all-new music for release in 2020.

‹ Pale Honey Announce Their Return With New Banger “Set Me Free” › Walk Off the Earth Drops HERE WE GO! Album