Who is Toni Land?

I don’t know. The whole thing of touring on a budget is crazy.

I try to change up my songwriting process so I don’t get stuck in a box. Sometimes I start with a visual like I see something and it sparks an idea. My song “Dyin’ Aint No Bigga Thang” was sparked when I saw a man in a cemetery preparing a grave site in the rain. That was something I’d never seen. Sometimes I start with a guitar riff and other times with a story idea based on something that’s happened to me. I like to get the story together and then go back and forth with music and lyric.

I sound like some sort of combination of Lucinda Williams, Sheryl Crow, Taylor Swift and Brandi Carlile. That’s what I’ve been told. I think I sound like ‘me’ of course.

I think some of my best songs are unreleased. I guess that’s because I like more intimate songs that are interesting and metaphorical. Songs that I’ve released are usually fun and upbeat and just do better on radio. Of the released songs, I do love my new single “Crazed and Dazed”. It’s the song you turn on when driving down the highway and you sing to it. That’s how I think about it.

Jackson Browne because he’s one of the best living songwriters of our time.

As a single mom, it hasn’t been easy. Both music and children require your full attention and devotion. Making a living through music is really hard. Everyone knows that.

I love writing songs the most. I hate self promotion.

That more royalties are paid out for streaming and downloading our songs. It’s ridiculous how little you make as an artist.

Great songs inspire me. I’ve been writing songs most of my life. I’ve been in bands but right now I’m performing as a woman with just an acoustic guitar. It feels powerful to stand on my own two feet and sing my own songs. It’s challenging for sure to pull it off but when I do it well it’s amazingly satisfying. 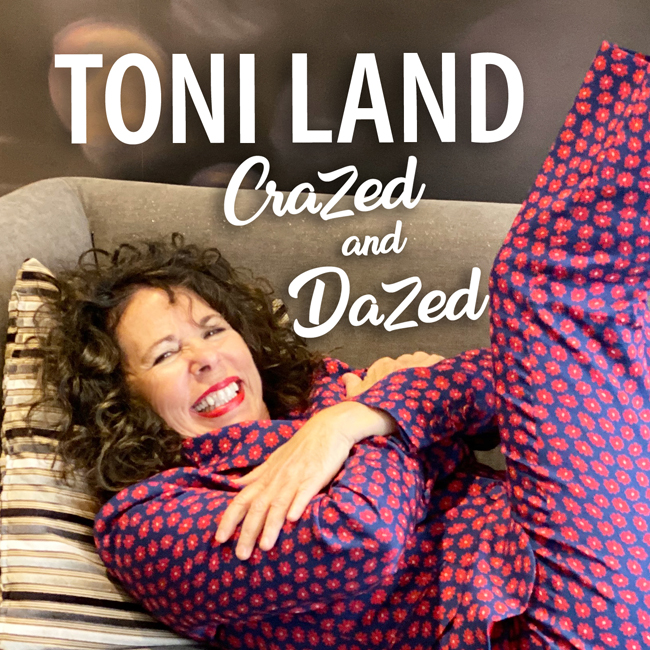 Across the span of six albums (with yet a new album in the works), Toni Land, a talented Pacific Northwest singer-songwriter has revealed her humanity to us. Stories from a real person on a real journey of truth-telling and soul-searching.

From her roots listening to the rock and pop of the 70’s, and through playing with her first bands in the 80’s, she was suddenly taken in the 1990’s by the sounds of acoustic guitars and acoustic instruments. That sound then became the heart of her music. Though she’s never been a traditional folk or country singer (her lyrics and attitude never really jibed with those genres), her music draws on and mixes those influences with a lifetime of others to create a unique sound – call it Toni music. She has been described as “surefooted in her travels between country and folk” and has earned comparisons to Sheryl Crow,  Lucinda Williams and Taylor Swift.

For over twenty years and until his passing in 2016, Toni worked with legendary Northwest producer/music director, Tim Ellis, together creating some of Toni’s best known work (What the Heart Knows, Lucky Cat, Deep in Diamonds and Chocolate Cake for Breakfast). Recently, she teamed up with multi-talented producer/engineer, Jim Walker to record what became her EP, It’s Good.  She now is recording a new album with Walker and have plans to release it early next year.  The single from the untitled album, “New Girl” was released early 2020 and sky rocketed up national radio charts. Plans are in the works to release another  single, “Crazed and Dazed”.

Toni has earned a reputation for her dynamic crowd-wowing live performances.  She has played return engagements at many of the West Coast’s largest festivals, including the California Avocado Festival in Santa Barbara, North by Northwest and Oregon’s Bite of Portland.  Toni is a woman who can straddle the intimate, acoustic songster and dynamic full throttle performer like few can do.

As a stellar songwriter, she has earned publishing and production deals throughout her career.  Her first single, “Have You Ever Seen Your Real Love”, landed on national radio’s Top 40 Adult/Contemporary Chart and earned Land a national distribution deal.  From then on, radio stations have played her music all over the world.  She was voted in the “Top Ten Artists” poll by Radio 98.6 listeners in Berlin.  Her song, “Good For Me” made it to the #4 position on MP3.com on their Triple A Chart.  Her most recent single, “New Girl,” has been charting across radio formats include Adult Contemporary, Country and Top 40 for the last several months.  It earned a #1 position on the Digital Country chart, #1 Western Region Country Chart and #2 Western Regional Adult Contemporary Chart.  Toni Land has been awarded Best Songwriter by the International Acoustic Music Awards as well as the Portland Songwriter Association.

Toni has a Master’s Degree and works as a children’s speech pathologist and has a certification as an Autism Specialist. She began incorporating music more and more into her love of working with kids, and has now merged the two into a very creative and satisfying work life. “OMG, kids LOVE music!” Says Toni. She has been a performance consultant to corporations, community theater groups and public schools as well as the creator of “The Miracle of Performance” and “Stagework” workshops.