Tim McGraw is back at the format with another gem. “Top Of The World” (Big Machine/Universal) keeps Tim ahead of the pack as that Big Machine label group keeps cranking out the hits. Expect a fast rise to #1 in record time for this new red hot masterpiece. Luke Bryan is also keeping his name out there above the pack. He lets it all go with “Strip It Down” (Capitol Nashville) & this one is another excellent offering from Country’s top artist. Darius Rucker is getting quite a lot of love from our music and program directors. They are all over his new “Southern Style” (Liberty/Capitol) as many think it’s one of the best singles he’s had out in a while.

Florida Georgia Line is rocking the country world in a very big way. Their “Anything Goes” (Big Machine/Universal) is fast becoming a real favorite among our panel of radio programmers. Blake Shelton has another gem on his hands. Amidst all of his personal issues, that’s not stopping the single “Gonna” (WB/WEA) from taking off big time. I’m also happy to see that the Chris Janson single is doing so well. “Buy Me A Boat” (WB/WEA) is the gem that I’m talking about and it goes to show that patience can go a long way in breaking a hit at the country format.

Chris Young is off and running with a new monster hit single. “I’m Comin’ Over” (RCA/RLG) is Chris at his very best and keep your eyes and ears on this one in the coming weeks as it takes flight. Kenny Chesney keeps rolling out the hits. “Save It For A Rainy Day” (Blue Chair/Columbia Nashville) is moving fast to the top of many of our music and program directors lists. Also getting quite a lot of traction is the latest from our good pal Ronnie Dunn. “Ain’t No Trucks In Texas” (Nash Icon) is a little something that has a lot of staying and playing power so if you are not on it yet, what are you waiting for?

There’s no doubt that Jake Owen is truly the real deal. He proves that and much more as his new “Real Life” (RCA Nashville) single takes flight. This guy is really quite an amazing vocalist and there is no getting over the fact that he is where he is because of pure talent. I also have to give a shout out to Dan & Shay who are two amazingly talented artists. There new single “Nothin’ Like You” (WB/WEA) deserves some special attention and this one should be moving faster than it is – come on people let’s support some real good talent here.

Bobby Wills has got a good thing going and he wants to tell the world . “Crazy Enough” (Willing Nashville) is the cut that’s getting a lot of action from our panel of music and program directors. It might be time to give this one a spin or two around the block. Recording artist Joey Canyon has a single that is doing quite well. “He’s Coming Back Home to Her For Good” (Glo Dot) is so good that you can’t put it down. Joey is a super talented guy and there’s much more to the story that we will reveal in coming issues.

Chris Cox has a good thing going with a new single that is out of this world. “Honky Tonk Hellcat” (CMM) is the cut that everybody is raving about. You won’t find a harder working artist on the planet then this guy. He’s also going back to Nashville to cut more big hits and we will keep you updated on all of that and more in other issues. DA Cole has a great new single at Country radio called “Nashville” that deserves your immediate attention. Steve Garris also has a new gem entitled “I Can’t See Past Losing You” that is out of this world.

In addition to now doing this great column, if you happen to be in the Nashville area please join me at Legends Corner every Friday, Saturday and Sunday 3pm to 6pm on 5th and Broadway Downtown. I’ll have more for you on the best of Country next time right here. 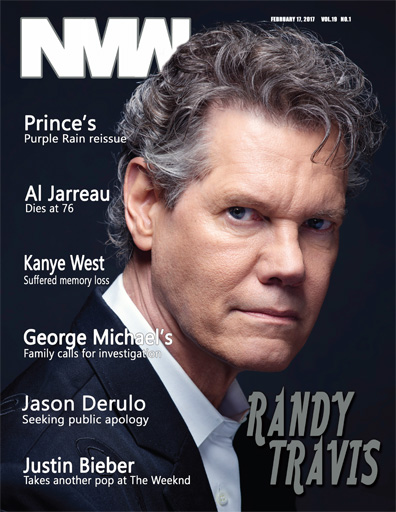