Chingy and Meg & Tyler Set to Release “The Woah Down”

It’s a collaboration that could only happen in Nashville: global multi-platinum pop/hip-hop recording artist, Chingy, teaming up with powerhouse vocalist Meghan Linsey and her equally talented Meg & Tyler duo partner, Tyler Cain. Their collective, undeniable talent shines with “The Woah Down,” which American Songwriter lauds as “a catchy hip-hop/country crossover that seems poised to be the ‘Old Town Road’ of 2020.”

Recorded at Bold Studio Nashville, Chingy and Meg & Tyler captured their infectious energy with Chingy’s recognizable voice and Meghan Linsey’s impressive range. “The Woah Down” release will be accompanied by a cinematic music video dropping the same day, directed by Jeremy Ryan. 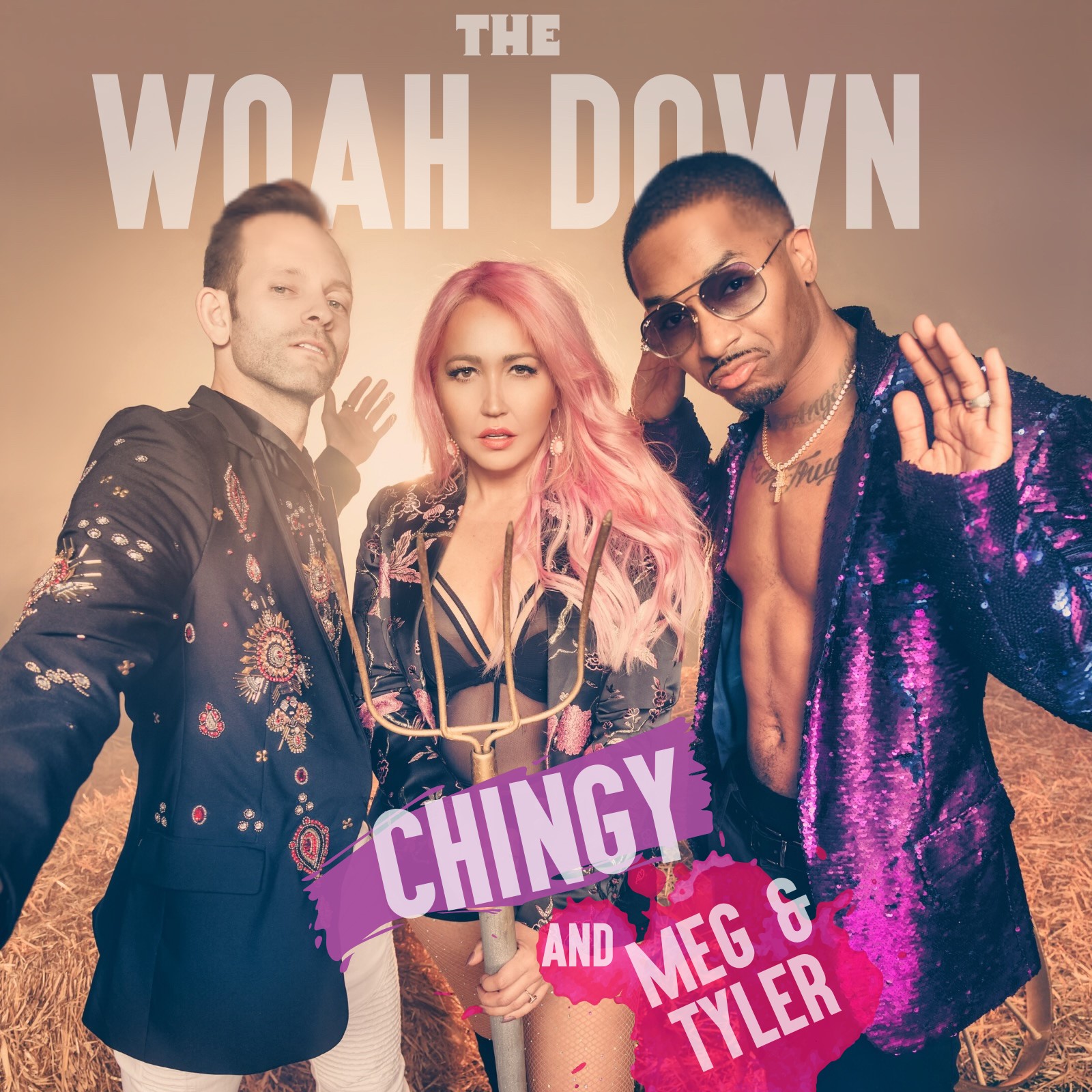 CLICK HERE to pre-save and pre-order “The Woah Down,” available everywhere April 24.

Chingy, who single handedly influenced cultural slang with “thurr” and “hurr” following the smash Billboard Hot 100 hit “Right Thurr,” achieved superstardom success with seven other Hot 100 hits, including “Holidae In,” “One Call Away” and many more. An actor and philanthropist, Chingy, achieved rapid mainstream success with the release of his double-Platinum RIAA certified debut album, Jackpot and knocked himself out of the No. 1 position with his second platinum album Powerballin’, featuring Hot 100 hit “Balla Baby” as well as a collaboration with Janet Jackson on “Don’t Worry.” Chingy followed up with another RIAA-certified Gold record, Hoodstar, which also reached the Billboard 200 all-genre Top 10 albums chart, and spawned Hot 100 singles “Pullin’ Me Back” featuring Tyrese and “Dem Jeans.” The eighth song from his album, “I Do,” is featured on the soundtrack for the video game “Need for Speed: Underground 2.” The album also featured guest appearances from R. Kelly, Bun B, Lil Wayne, Lil’ Flip, David Banner, Nate Dogg, and Get It Boyz. That same year Chingy was featured on Houston’s Hot 100 single “I Like That” featuring Nate Dogg and I-20. Chingy’s fourth studio album, Hate It or Love It, also landed in the Billboard 200, and produced Hot 100 hit “Fly Like Me,” featuring Amerie. The LP also featured appearances by Ludacris, Bobby Valentino, Steph Jones, Trey Songz, Rick Ross, and Anthony Hamilton. Off stage, Chingy’s acting chops include small screen roles in television comedy series “My Wife and Kids,” “One on One,” “George Lopez,” “Yo Momma,” as well as cameos in several films, including “Scary Movie 4” and “Speed Dating.”

Meghan Linsey was one half of the CMA and ACM nominated duo, Steel Magnolia, signed to Big Machine with Taylor Swift as a labelmate. Steel Magnolia’s first single, “Keep On Loving You,” shot to No. 4 on Billboard’s Hot Country Songs and was the highest charting debut single from a male/female duo in country music history. They went on to sell nearly one million downloads and albums. In 2013, Meghan decided to part ways with Steel Magnolia and began work on new music, a new sound and a solo career. In 2015, Meghan took her musical journey to a national level and placed second on NBC’s “The Voice.” During her time on the show she had a No. 1 Billboard single, with her rendition of “Amazing Grace” and was the first contestant in Voice history to perform an original song in the finale. Her 2017 album, Bold Like A Lion, featured collaborations with GRAMMY® winner Aloe Blacc and Fred Schneider of the legendary B-52’s.

Tyler Cain is an accomplished producer whose credits include Ashley Monroe, Darius Rucker, and Aloe Blacc. His songwriting ability earned him credit on Ashley Monroe’s, 2015 GRAMMY® nominated Country Album of the Year, The Blade. His most recent solo single, “Suitcase Heart,” has over 3.5 million streams. In the last six months, Meg & Tyler’s music has been featured on Netflix’s Emmy-award winning show “Queer Eye”, ABC’s hit show “Stumptown”, CBS’s “All Rise”, and more.

Claire Ridgely Releases Pop Gem “Can We Be Friends?”