A Charlie Brown Christmas as 3” vinyl

As part of Record Store Day’s 2019 Black Friday event, taking place this Friday (11/29) in independent record stores across the country, Vince Guaraldi Trio’s beloved jazz album A Charlie Brown Christmas will be available as a 3” vinyl.

Announced last week by RSD, this release is part of a new collaboration featuring a variety of 3” vinyl releases based on classic animations that span several generations, and are to be played on the RSD3 mini-turntable. 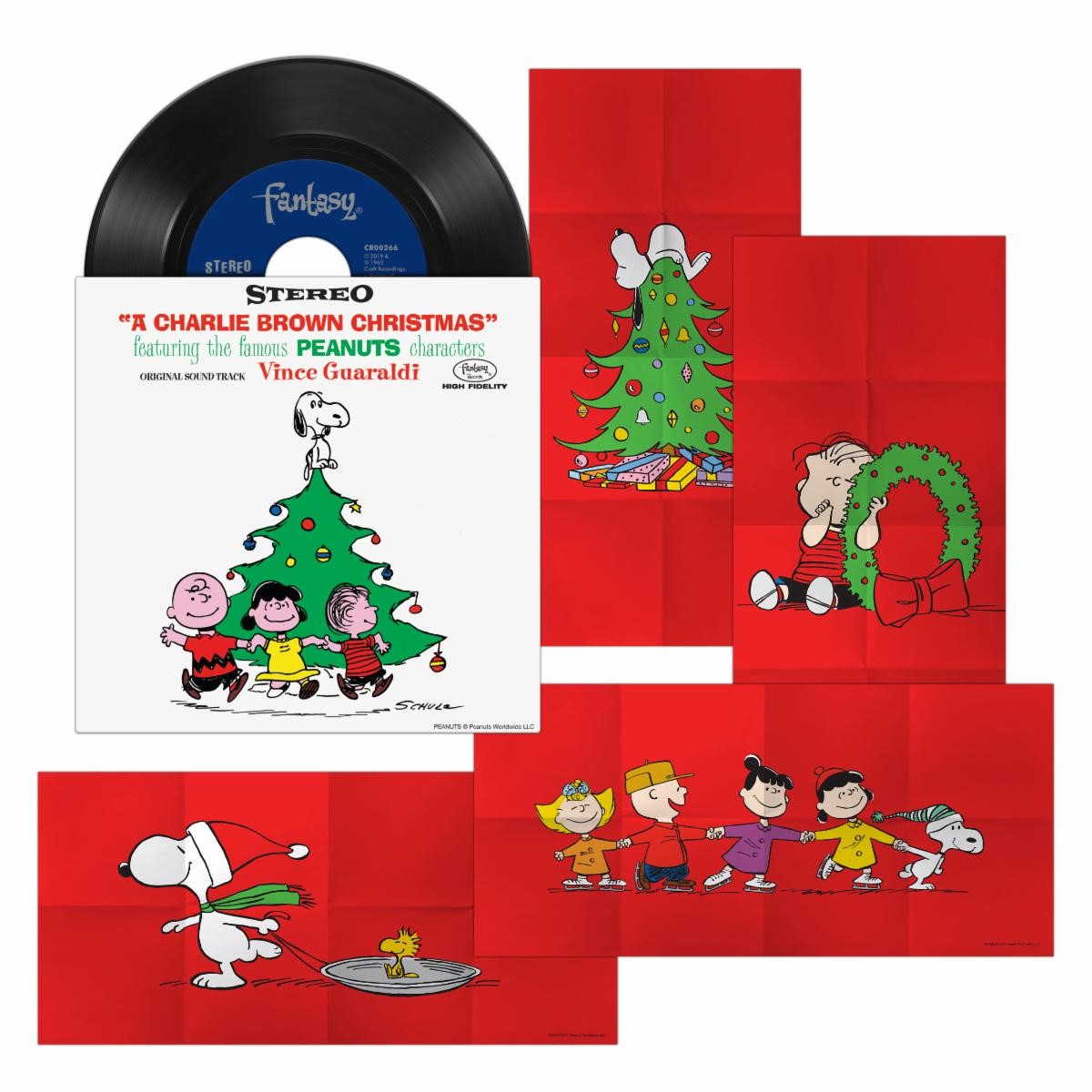 The RSD3 A Charlie Brown Christmas 3” Blind Box Series comes in an outer box that reproduces the original 12” album art (picture below) and includes one of four possible songs: “Christmas Time Is Here (Vocal),” “Hark the Herald Angels Sing,” “Linus and Lucy” and “Skating.” Each track comes with its own unique pull-out poster.

A Charlie Brown Christmas, certified 4X Platinum by the RIAA in 2016, is one of the best-selling jazz albums in history, second only to Miles Davis’ Kind of Blue; and it’s no surprise: Vince Guaraldi’s engaging score to the synonymous holiday television special has introduced generations of children and their parents to the joys of jazz music, with tracks like the instantly recognizable “Linus and Lucy,” and yuletide favorite “Christmas Time Is Here.” The album was inducted into the GRAMMY® Hall of Fame in 2007 and the Library of Congress National Recording Registry five years later, and continues to be a perennial favorite, thanks to annual airings of the Christmas TV special.

With over 100,000 singles and 7,500 turntables, the RSD3 mini-turntable collaboration between Record Store Day and Crosley Radio has brought tiny back in a big way in 2019. The world’s cutest turntable made its debut in record stores on Record Store Day this past April, and 3” singles made to play on it have been released throughout the year, from artists like All Time Low and Beastie Boys and label series from Sun Records and Hopeless Records. Click here for an in-depth look at the RSD3 mini-turntable.

For over a decade, Record Store Day has championed the culture of the independent record store, offering music lovers the chance to pick up exclusive releases and support their local music retailer at the same time. Record Store Day’s Black Friday is no exception. The day after Thanksgiving is the start of the biggest shopping season in the country, and this event subverts the mass consumerism model—instead placing the focus on creating special limited-edition releases from revered musical artists. For a full list of participating retailers, visit RecordStoreDay.com.

Record Store Day, the organization, is managed by the Department of Record Stores and is organized in partnership with the Alliance of Independent Media Stores (AIMS), the Coalition of Independent Music Stores (CIMS) and promotes independent record stores year-round with events, special releases and other fun things.